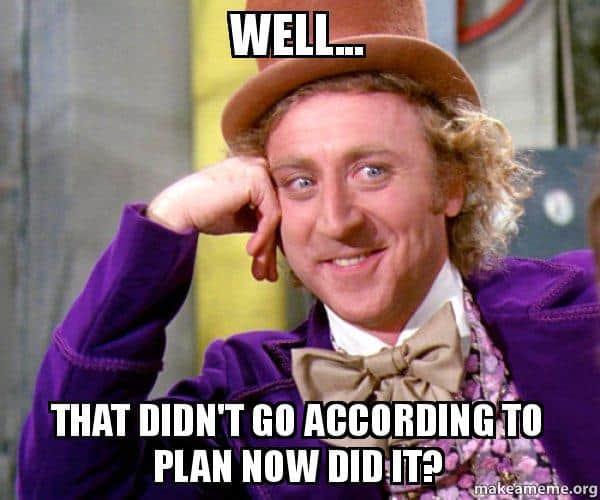 In case you’re wondering, our original Tsitsikamma update didn’t play out as we hoped!

Shortly after announcing the update, our team was flooded with support requests from customers as they raced to finish their own projects before the Christmas break.  The knock-on effect was that most of our developers had to help out with support, which in turn meant that Tsitsikamma development slowed considerably.
When given the choice of building new shiny things or supporting our customers, we choose customers!

The result of this unexpected rush of support meant that we needed to make some tough decisions.
Ultimately we decided to split the Tsitsikamma update into two parts and also postponed a couple of features.

Our original Tsitsikamma announcement post has been updated to reflect Part 1’s inclusions, while this post details what has shipped in Part 2 (Revenge of the Tsitsi!).

App-side changes for Tsitsikamma Part 2 are available on all customer apps. The new app version number (as seen in the bottom right of the app’s Settings screen) ends in 4.97 for Android & iOS and ends in 5.57 for Windows.

A new set of Premium connectors for direct connection to Microsoft SQL Server is now available 🙂
Using a similar approach to Appenate Sync, we’ve provided connectors to push data from Forms and Tasks to a SQL database, as well as a connector for pulling rows into Data Sources from a SQL table.

Our target is Azure SQL Database for this connector (as this way all data stays within Azure data centers), however, a direct connection to any SQL Server database (e.g. via Amazon RDS) will work.  For on-premise cases, we believe Appenate Sync continues to be a more secure option, as Sync provides DMZ compatibility, ensuring your on-prem database is not exposed to the internet.

The ability to assign Task to groups of people, for “first in, best dressed” claiming or for all involved users to complete is coming soon.
The “first to claim” option is supported in the app preview already – we’ll be shipping the companion changes to the web portal first.  The “all users” option will appear later, likely in late April.

Multiple Connections of the Same Type

This feature allows you to connect to multiple destinations on the same external service (e.g. multiple SharePoint instances).  When you have multiple Connections of the same type, you’ll see a Connections dropdown when you configure connectors, allowing you to specify which Connection to use when that connector executes.
Additionally, you can now name your Connections and there’s also a helpful Clone option to quickly copy Connections.

What Didn’t Make It

There was simply not enough developer time available to get this feature working the way it needs to.
We know this is an important request for many of you and it was painful for us to drop this from the release for a second time running.
Our team considered shipping this “as is”, even with its known issues.  However, this probably would have left us and you in a worse position, with a buggy feature that helped nobody.
Once we finish the Tsitsikamma Part 2 release, this feature is top of our list for the next release.

We still plan to add the ability to generate custom automatic number sequences for Form entries, with these being guaranteed to be unique across Form entries – e.g. INVOICE-0012 or INS-JOHN-20181101-002.
This is also top of our list for the next release which is currently in planning.