The past few months have seen our team put a strong focus on improvements to our internal systems, processes and testing.
We’ve made some great strides in this area, which is already paying off in better quality in many parts of our platform and app engine.

As we round out 2017, we’re excited to release a major upgrade to our App as a Service offering – this comes in the form of our all-new Branding Center.  Along with this shiny new functionality for branded app customers, we’ve also been steadily fixing various minor bugs found on our app engines, across iOS, Android and Windows.  These fixes will be released to all customer apps as part of a minor app update, expected to roll out from later this week.
This will be our final update for 2017, with the next app update currently planned for February 2018.

Keep an eye out for invites to our final webinar of 2017 as well – we’ll be giving a quick overview of the Branding Center along with a recap of our favorite 2017 new features.  And for all those asking – we’ll reveal our plans for 2018 after the holiday period 😉

A couple of months ago we engaged with Apple to ensure that our app engine framework and branded app approach continued to be compliant with Apple’s evolving App Store rules.  One of the outcomes of this process was that Apple required us to enforce a higher level of distinctiveness and quality in customer branded apps.  Luckily we had already started a large project to standardise and systemise our brand app creation and publishing process 🙂 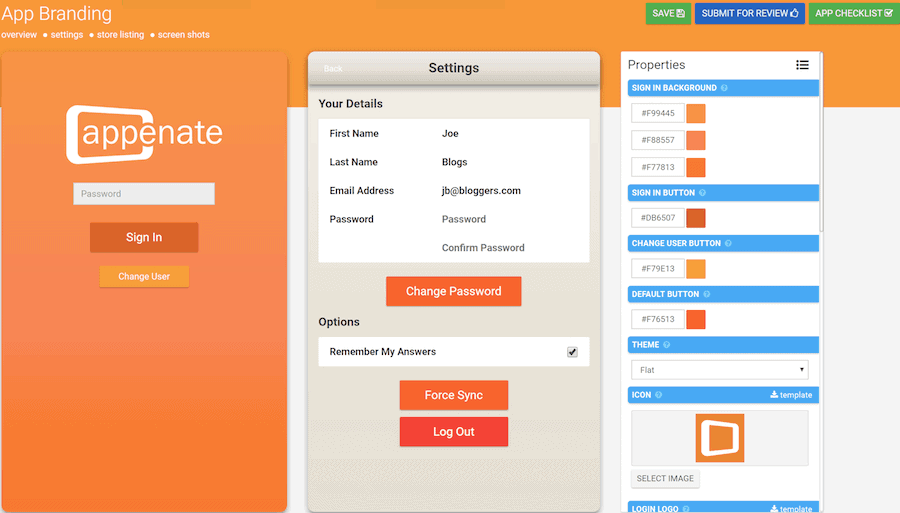 The Branding Center is the result of this multi-month effort – a single area in the platform for you to manage your App as a Service apps, all the way from colours and imagery, through to app store listing text and publishing.
This new area also incorporates our standard process of reviewing, optimising and quality-checking every branded app submission, as we strive to ensure the best possible app result for all involved.

Also included are all the existing options for Website as a Service (if you have subscribed to this), giving you one place to manage all aspects of your white label solution.

As mentioned earlier, we’ll be rolling out a minor bug-fix update for all customer branded apps, starting later this week.
This app update has no new features, just small tweaks and fixes to issues uncovered over the past few months.

Additionally, we’ve continued our usual approach of deploying regular fixes and incremental improvements to our secure web portal.  Below is a quick summary of key fixes and improvements we’ve made:

Our hope is that choosing Appenate has been a fruitful decision, and rest assured that we’ll be finishing out 2017 strong with continued behind the scenes work throughout the holiday season.
As a company, we’re preparing for an even bigger 2018 by growing our team and building the foundations for even better features and functionality in the months ahead.

From our team to yours, have a blessed Christmas and we can’t wait to share an awesome New Year with you!